My second FA Cup Preliminary tie of the weekend, took place on Sunday at Bishop’s Stortford FC, where Stansted hosted local rivals Takeley.  Stansted’s own home ground is currently still tied up with cricket fixtures, so both their FA Cup games this season have been switched to Woodside Park, in Bishop’s Stortford, which allowed over 200 people to enjoy this clash on Sunday afternoon.

And for the first time in a while, we were reminded of what is like to be damp and a bit chilly at a game, as the light rain didn’t lift all afternoon and saw the game played on a zippy surface.

Takeley began proceedings as leaders in the Essex Senior League, with three wins from their opening three league fixtures and an impressive away win in the FA Cup Preliminary round at Norwich United, whilst the home side sat mid table in the same division.

The early exchanges saw both sides mount attacks without really extending either goalkeeper before the turning point in the game, came in the 14th minute, when Stansted goalkeeper Charlie Turner had a bit of a rush of blood and came out of his area at speed to make a tackle on the onrushing Mitchell Das and arrived very late and took the Takeley winger out. Given the ball was drifting towards the corner flag and there were other players retreating into the box, it probably wasn’t as clear cut a red card as some but given how late the challenge was Turner unfortunately probably couldn’t have too many complaints as the referee sent him off. 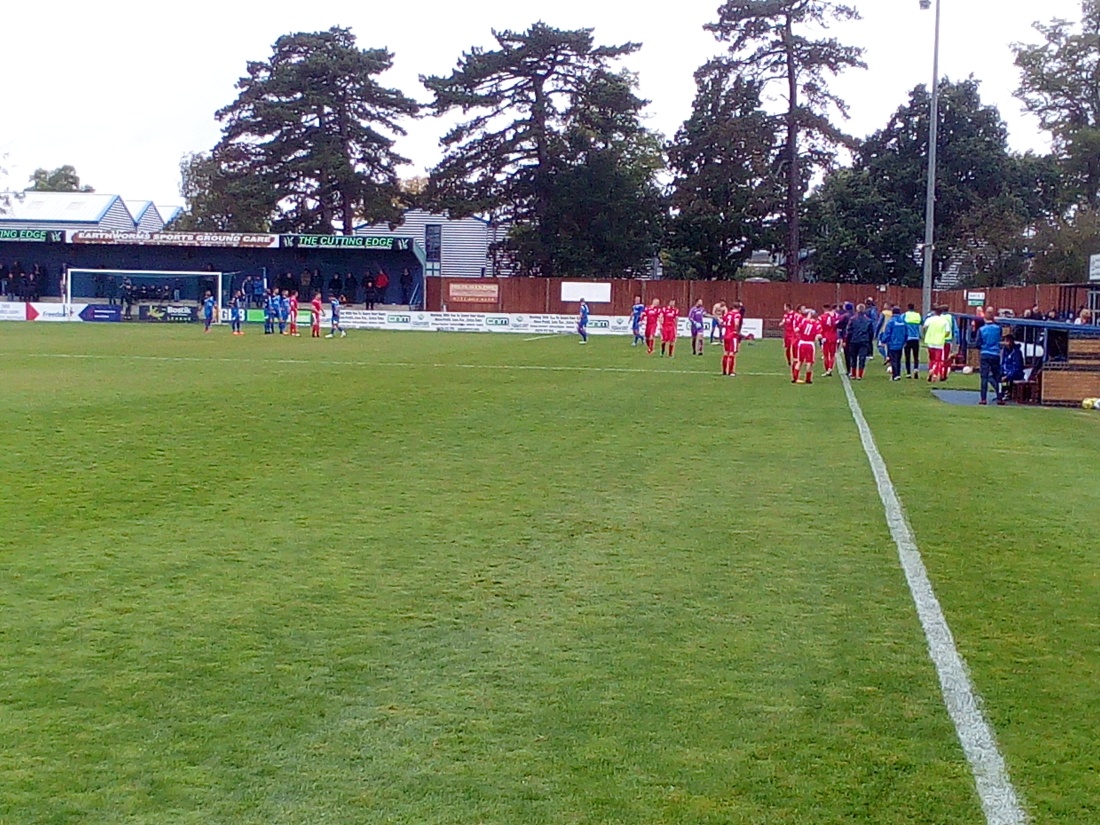 Stansted had to reorganise with outfield player Jack Smith going in goal, due to the lack of a replacement keeper on the bench and in all honesty he had a decent game in goal without being overly extended. Takeley did in fact have the better of the remainder of the first period but missed several good chances, including a far post header from George Wappett , who nodded wide when well placed.

Stansted had their moments too throughout the game but you always felt if there was going to be a goal, it would be the visitors that scored it and so it proved when after an hour or so’s play Mitchell Das finally found the target from the right hand side, after Stansted failed to clear their lines. After that Takeley continued to press and a delightful cross from Wappett was nodded home by centre forward Stuart Zanone but it was ruled out for offside. 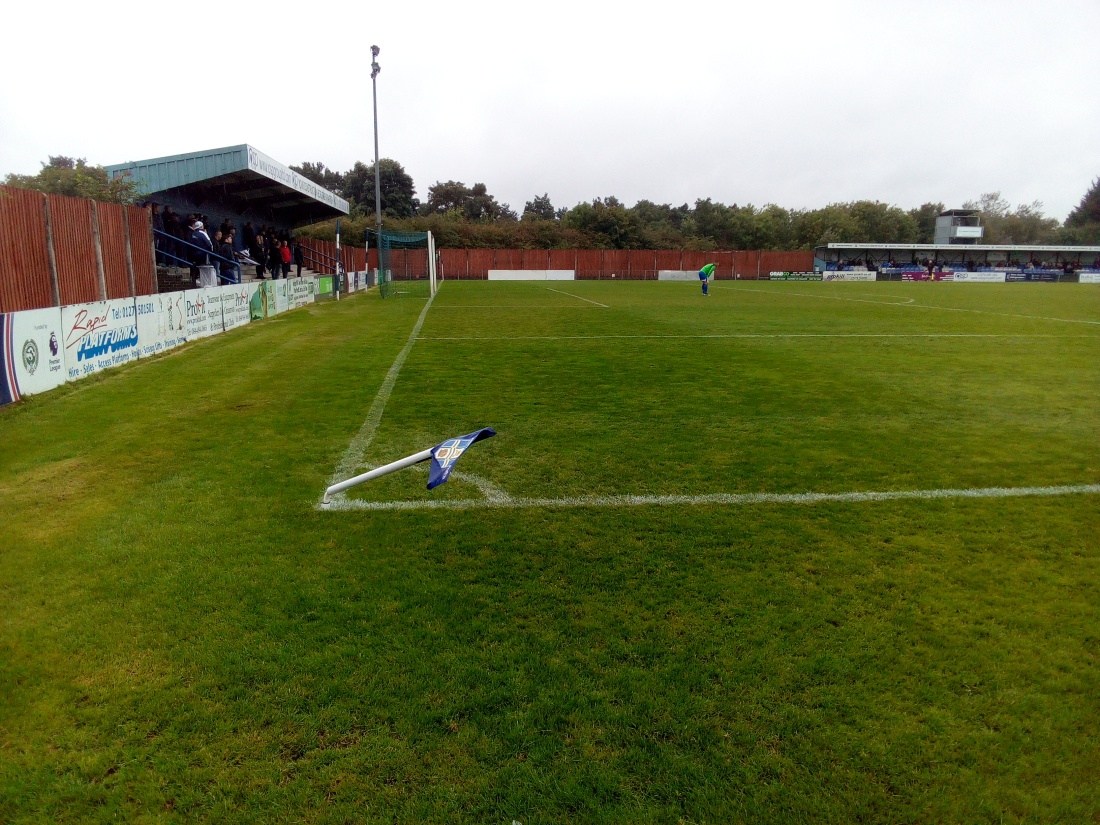 Stansted deserved create for their attitude on the day, playing for so long with 10 men but you never quite felt they had the goal they needed in them, despite a couple of late opportunities. So it’s Takeley who progress to Wednesday’s first qualifying round draw, which could even see them return to Woodside Park, as Bishop’s Stortford enter the competition at this stage.

A decent enough game for a Sunday afternoon without it ever really catching fire, with the star man for me probably Takeley left winger Wappett who showed good technique and an eye for the right pass throughout the game. 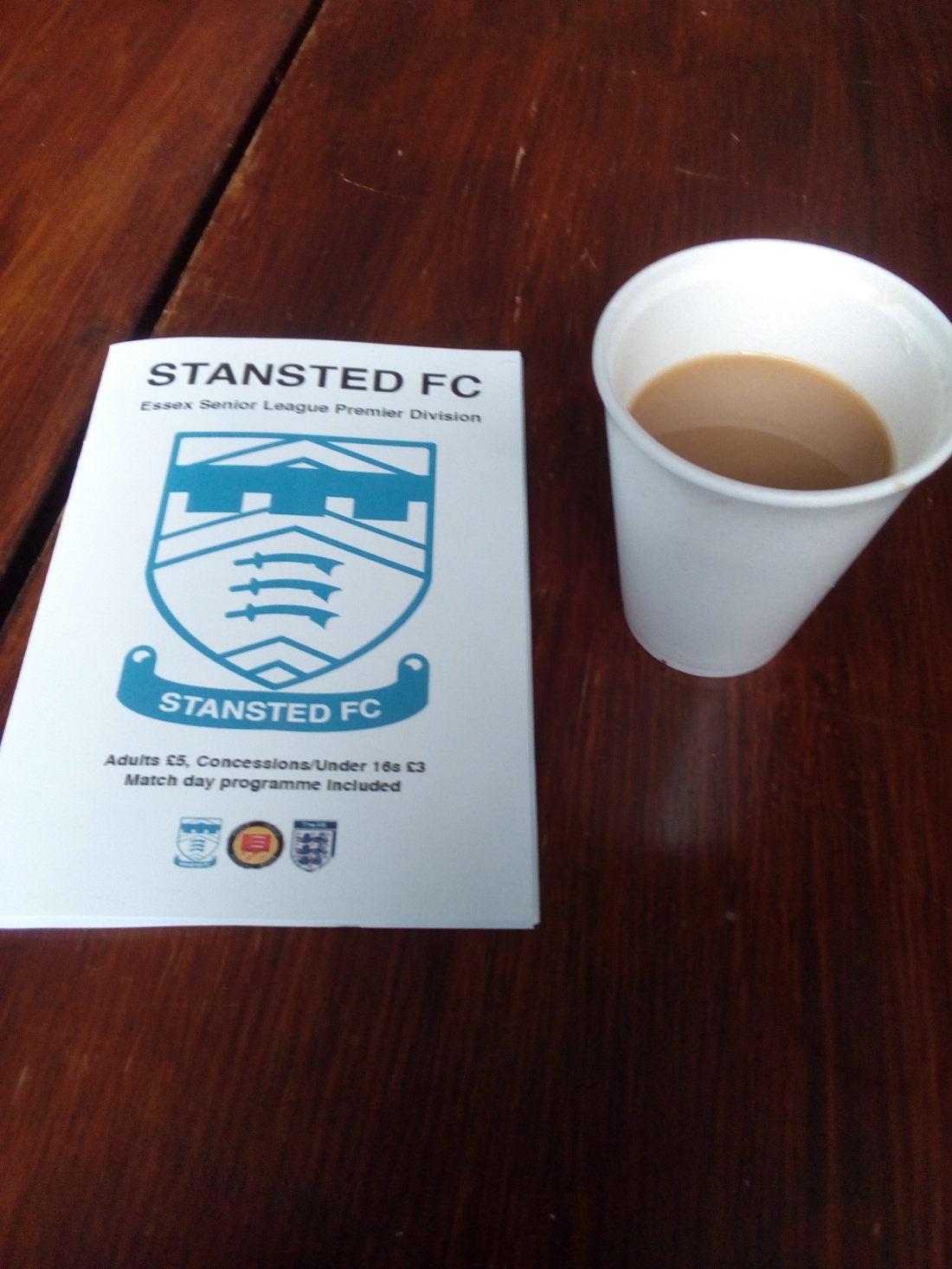