The opportunity for a double game Saturday occasionally presents itself and especially when it is a good run mileage wise and there is a chance to capture two new grounds in an afternoon, it always seems too good an opportunity to miss.

So on Saturday, the Sat Nav pointed us firstly to mid Wales and Dolforgan Park , the picturesque ground of Kerry FC, from the Mid Wales League. I visited many of the grounds in this league at a number of organised groundhops a few years back but i missed a few, of which Kerry was one and it is always a fabulous part of the world to visit for football.

After a surprisingly trouble free journey via the M1, M6 and M54 , we stopped off to refuel at an old favourite the ex Little Chef at Shrewsbury, which Eurogarages decided to run into the ground since they bought the chain (but not the name) a couple of years ago and have now rebranded the few remaining restaurants they can’t franchise out to another chain into their self named EG Diners. Still the same friendly staff at this one from the old days and an Olympic Breakfast (re-branded as The Mighty One by the marketing geniuses at Eurogarages!) set us up for the day. 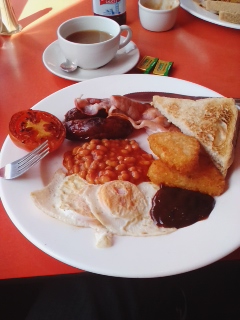 Then it was a case of getting off the A5 and driving through some lovely countryside until we arrived at Kerry about 11.45am for the advertised 12 noon kick off. Unfortunately for some reason, they tweeted whilst the players were warming up to say they were now kicking off at 12.30pm, which was going to make getting to our planned second game very tight indeed. Not sure why, perhaps the late arrival of the referee or something was all we could surmise… 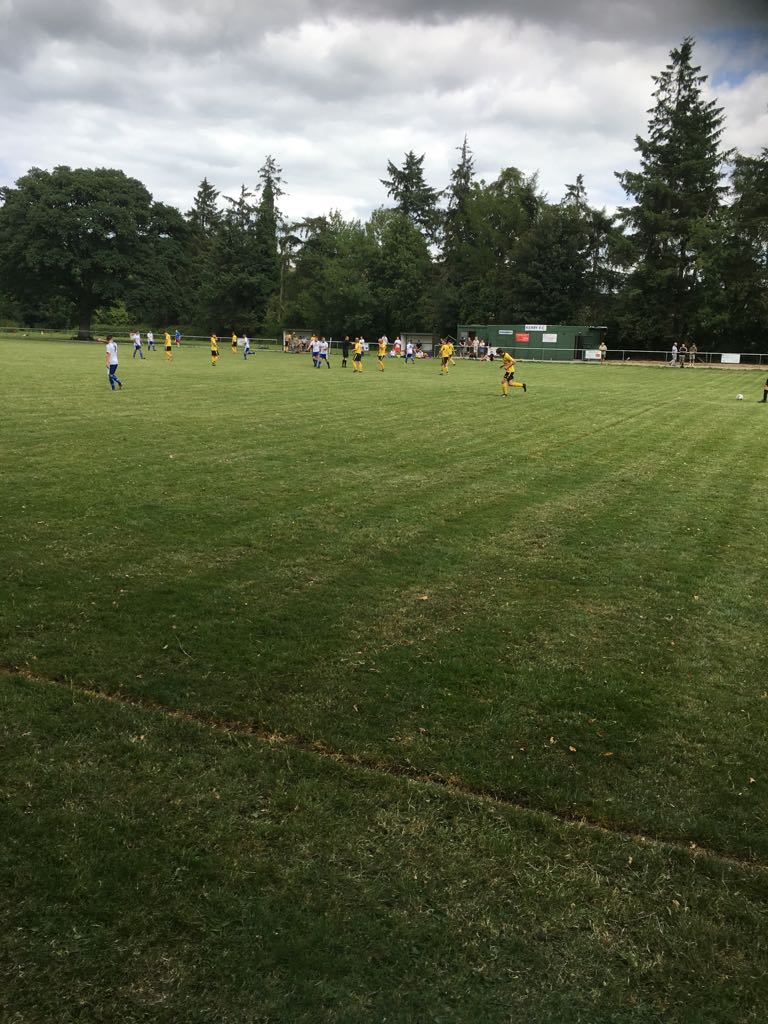 Anyway proceedings did get underway about 12.25pm, as Kerry entertained local rivals Abermule FC, a neighbouring village 4 miles or so away. The first half was quite even, with few chances of note but the visitors took the game to their opponents early on in the second half and were rewarded by the only goal of the game after about an hour.

The setting of the ground is very pleasant, tree lined and a small amount of cover available on one side with the pitch fully railed and a huge sweeping tree lined hill behind the far goal. The tea-bar wasn’t open unfortunately on Saturday, so i am unable to give a lowdown but i am sure the standard fare is available at league games.

One surprise was to hear a voice i recognised from television,  well at least for anyone who has watched the fabulous BBC One Wales series’ on Snowdonia and Brecon Beacons in recent years, that of naturalist and presenter Iolo Williams, who lives locally and i am guessing must have been watching a family member in the game.

The referee brought the game to a halt at 2.05pm and this left just under an hour to do the 60 minute journey to our second planned game. Arriving a minute or so after kick off after spending much of the route stuck behind a Sunday driver (obviously making a weekend of it!).

Our destination was back across the border (well a couple of miles or so) at Ellesmere Rangers, who play in the market town of Ellesmere in Shropshire, again a very pleasant part of the world.

After spending many seasons in the West Midlands Regional League, Ellesmere were one of the victims (or beneficiaries depending on your point of view), of the recent movement of teams at various levels of the non-league game, so were kicking off the new season, with a home league game in the North West Counties League Division 1 South, with their visitors also newcomers, Rylands FC, hailing from Warrington and playing their first ever season at Step 6.

After spending much of my childhood playing junior football in Warrington Leagues, Rylands was a name i had heard before since playing against one of their junior sides many moons ago but it seems the club has progressed hugely in recent years with some recent outside investment from the football agent Paul Stretford ( an ex Rylands player and Wayne Rooney’s agent).

After a fairly even start, once Rylands had gone ahead after the home defence were unable to clear a corner, the visitors took over. They added 2 further goals before the break, with the home side continuing to fail to deal with set pieces and in the second half could have scored plenty more, in the end they had to make to with just a couple, to push them 5-0 ahead before the home side grabbed a late penalty as a reward for their efforts.

Rylands look a very well drilled side for this level and it will be interesting to see how they progress, the home side looked a little short (though it is always hard to judge at this stage of the season) and they may find the switch to the always competitive NWCL a tough one.

Ellesmere are one of those clubs you wish every success though, a friendly welcome, a lovely new clubhouse and well stocked tea bar (thumbs up for the home made flapjack!) and volunteers smartly turned out in club polo shirts who were very helpful, even tracking down a programme for us after they had initially sold out on the gate.

All in all, another enjoyable day in the sunshine and two new grounds to add to the list.